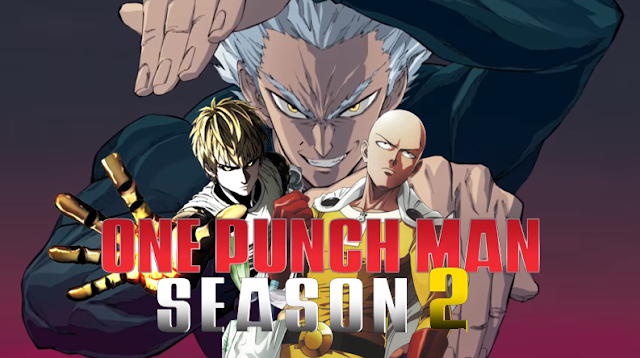 After three long years, the second season of the hit anime One-Punch Man finally has an official release date and plot synopsis. One-Punch Man began life as an online comic back in 2009, and by 2012 it had surpassed 7.9 million hits. It quickly became a digital manga series, which then received an anime adaptation that aired in Japan starting in October 2015.

The series almost instantly rose to become one of the most beloved anime in the world, joining the ranks of popularity among series like Dragon Ball Z, Naruto, One Piece, and more. The hero of One-Punch Man, Saitama, has likewise been accepted into the group of anime’s greatest protagonists such as Goku and Naruto. A second season was announced back in 2016, but with no word on when it might be released. Thankfully, fans won’t have to wait much longer to get more of the anime.

Viz Media announced today that One-Punch Man season 2 is scheduled to premiere in April 2019. They posted an official teaser trailer as well as a key visual featuring Saitama, his apprentice Genos, and new villain Garou. The teaser mainly shows a series of clips from the anime’s first season, but then moves on to some new dialogue. A voice calls out that it’s “Time to carry out evil. This’ll be a slaughter party!” This could possibly be newcomer Garou, who’s been described as “a man utterly fascinated by monsters.” Take a look:

Register For This Site.

Please enter your username or email address. You will receive a link to create a new password via email.